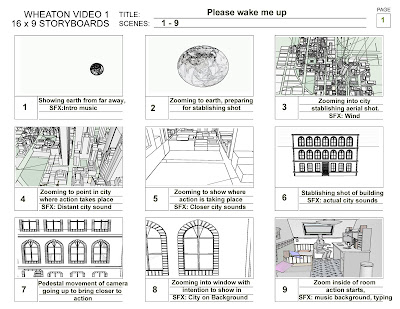 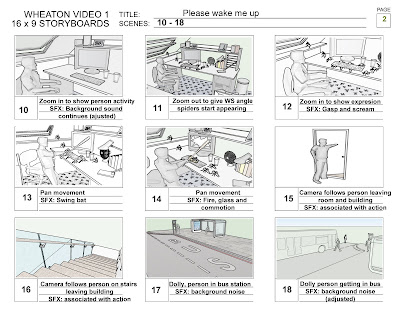 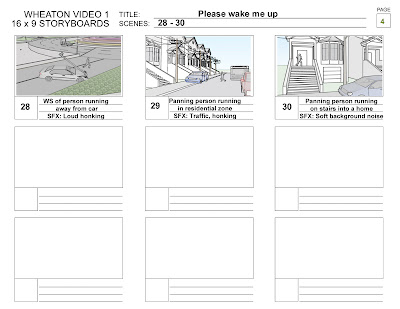 We enter the room with a fade in coming from the window outside, with a subtle panning we show the room, a person is there working in his computer we zoom in to look closer what he is doing, suddenly something starts happening, with a zoom out we capture what is going on. Spiders are coming out of his computer screen. Focusing the attention on him we capture his emotions, scare yelling, he suddenly takes a bat and starts trying to scare the spiders, changing angles to capture all the activity he gets so nervous that he ends swinging the bat so hard that he breaks the computer which catches on fire. Followed by the camera, in his panic attack he runs outside the room and down the stairs leaving the building.

Outside the building he keeps trying to run away, with a wide shot we show him getting into a bus without knowing where he is going. In a new scene with no transition with an EWS the bus appears in the highway there is certain peace about this take there is no sound or movement, however that peace don’t last long and we get a pan view of the inside of the bus just to realize that there are animals running along the highway, the character does not understand what is going on and certain we note certain anxiety about the situation. Everything turns black he doesn’t understand what is going on when suddenly he opens his eyes, everything has been a dream he had fell asleep behind the wheel of a car.

With an ECU we see the anxiety of the driver to realize he was asleep while driving and also trying to make sense of the weird dream he just had. But before even realizing it with an OSS we she from far away what looks like a person flying, can this be true? Here we hear the flying man saying, VO would you like to come and fly with me, to which our character responds VO thank you but no. Just after saying that the mysterious flying man disappears and when our character focus again on the street it was too late and he lost control of the vehicle which crashes to a pole seconds after. The different camera angles show the crash and the person seconds later leaving the car, running away from it with no direction.

In a new scene, our character seems to have found his neighborhood, without even looking to the sides he continues running crossing the street stopping the traffic, we can hear the horns and people yelling and with a pan movement we follow the character to see him getting into what seems to be his own house 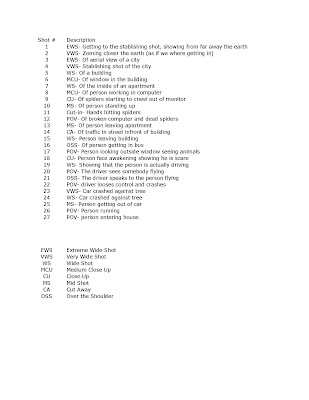 Posted by Joel Goldenstein at 8:28 AM